In July I guided Brad Herbert and his Mum Fiona for Brad’s first deer. It was his first time out hunting and after a bit of target practice at the range Brad was shooting the bulls’ eye.
We went out for an evening hunt in a big tussock valley, I spotted two hinds a way off so we decided to put in a stalk to cut the distance down to a more realistic range for a young fella and his first deer. As we traversed down the face I noticed movement to my left and a Sika Stag walked out from behind some scrub after an assessment I called him a management stag – Management stags are few and far between and it’s a great opportunity to shoot a Sika Stag at a reduced price when one presents itself
After a quick chat with Fiona – Brad was allowed to have a go at the stag which was busy feeding away and totally unaware of us. We crawled in a few extra yards to a distance of 160 yards – I set up my rifle for brad and let him have one practice squeeze of the trigger and then smartly chambered a round – He then lined up the stag
I held the fore-end for him and asked him “you got the Crosshair on him? “ Yep – Ok then take him, Boom! The stag fell over on the spot and Brad was one real happy boy. 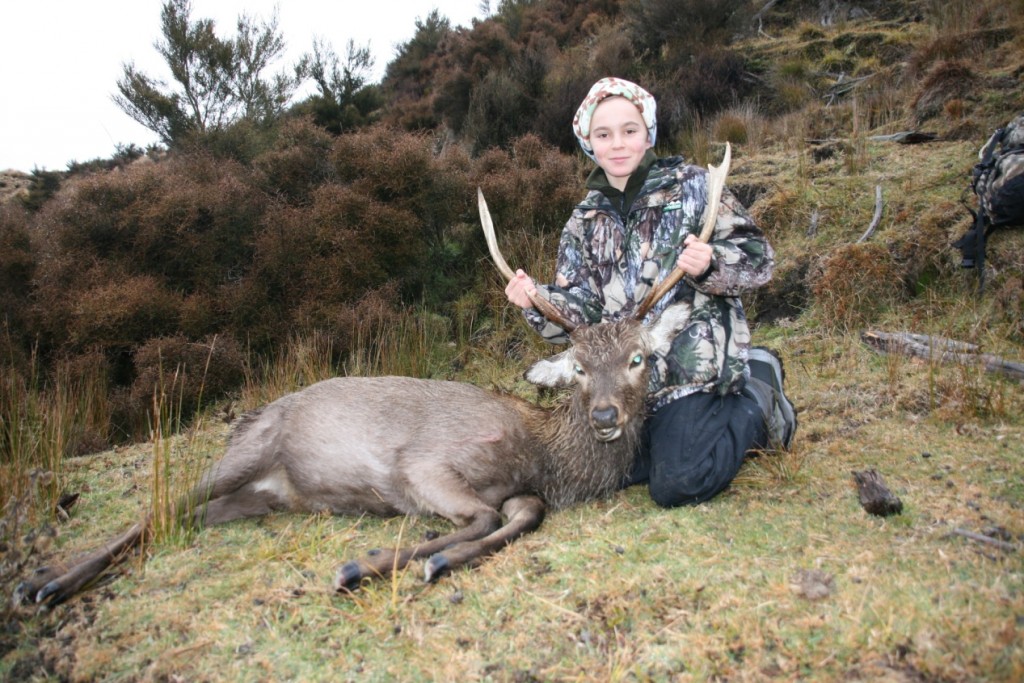